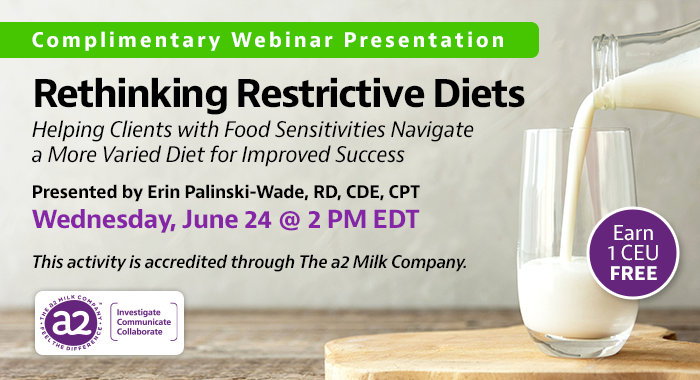 Restrictive diets can lead to poorer diet quality and reduced compliance over time with medically necessary dietary prescriptions. Yet for individuals with food sensitivities, following a restrictive diet often seems like the only option. Thanks to advances in nutrition and food science, consumers with food sensitivities can now enjoy a more varied diet than ever before. This is especially true for individuals with a milk sensitivity. For dietitians, understanding the difference between A1 and A2 proteins in dairy can allow many individuals who once needed to avoid dairy products, the ability to add it back into their daily diet without issue.

On Wednesday, June 24, 2020 from 2-3 p.m. EDT, join Erin Palinski-Wade, RD, CDE, as she discusses how following a varied diet can improve overall nutrition status and compliance, and allow individuals with food sensitivities a more varied menu while still feeling their best. 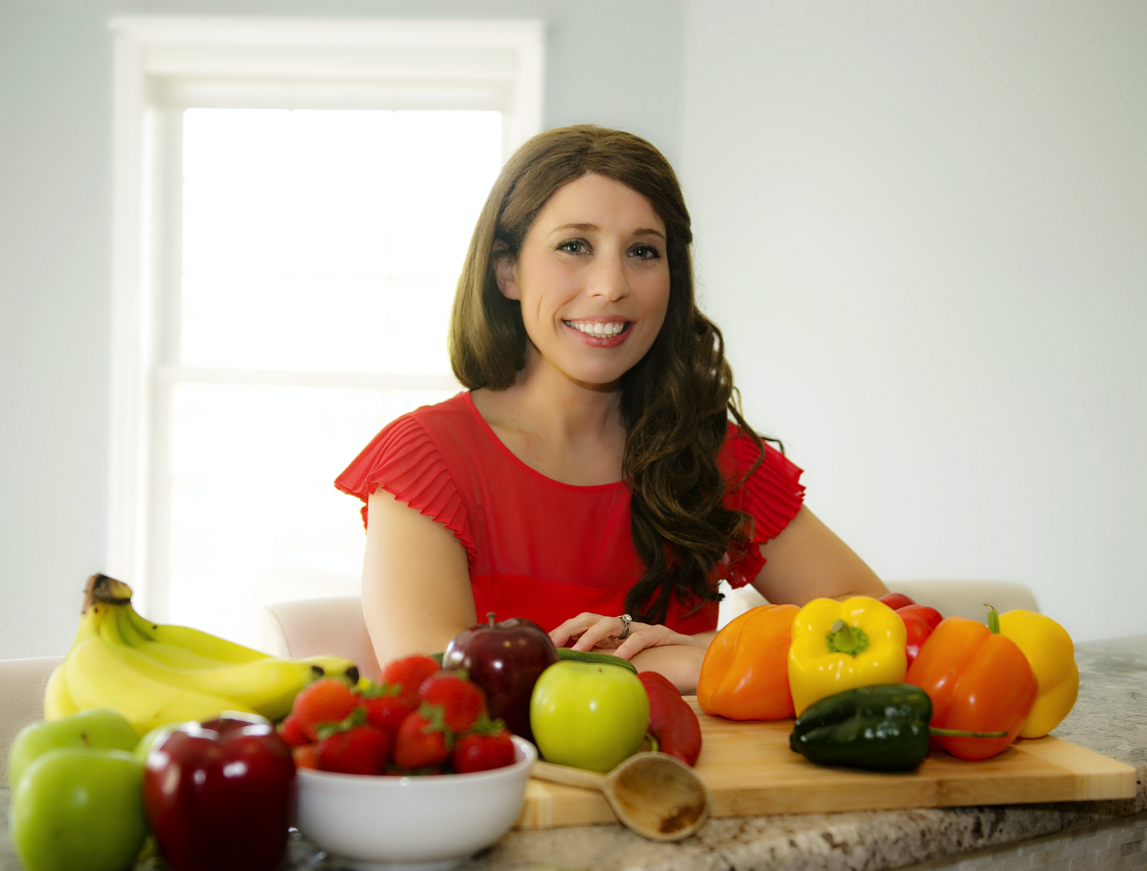 As the media’s go-to expert on all things nutrition and diabetes, Erin Palinski-Wade, RD, CDE, CPT, is one of the most quoted dietitians in the country, being referred to over 200 times in national publications in 2017.  A sought-after speaker, spokesperson, and writer, Erin has authored four books including the bestselling "2 Day Diabetes Diet" and "Belly Fat Diet For Dummies."  In 2017, she released the "Love Your Age" guide with the editors of Prevention magazine and the "Run for Abs" guide with the editors of Runner’s World magazine. Her broadcast appearances include segments on The Dr. Oz Show, The Doctors, MSNBC, and The Early Show.

Erin regularly contributes to media outlets including Fox News, Food Network, and Prevention. As a busy mom of three young children, she juggles her time between writing for outlets such as EverydayHealth.com and Diabetes Forecast and motivating audiences as a keynote speaker. She runs a successful private practice, Vernon Nutrition Center, with two office locations in NJ. With her mantra "healthy mom, happy family," Erin is passionate about showing her audience how to make time for health, even when they have no time for themselves.

Erin Palinski-Wade, RD, CDE, CPT, has the following relevant disclosures to report: she has received honorarium from The a2 Milk Company. She certifies that no conflict of interest exists for this program.

The a2 Milk Company is changing the way the world drinks milk and bringing people back to dairy, one glass at a time. Ordinary cows produce milk that contains both A1 and A2 protein types. a2 Milk® is real milk that comes from cows that naturally produce only the natural A2 protein and no A1 so it is easier on digestion for some people. a2milknutrition.com

The a2 Milk Company was approved by the CDR to offer 1.0 CPEU for this webinar.

Please add "ce@gvpub.com" to your email provider's safe list. Otherwise, login instructions for this event may be caught in your spam/junk folder.